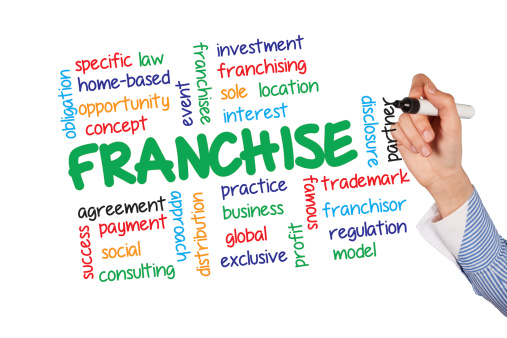 FRANCHISE LINGO
Before you start out on your new franchise venture and push the “go” button, take a moment and quiz yourself to make certain you understand the glossary of franchise terms below. Knowledge of these industry terms will help you make the most educated decision by having a better understanding of what you are getting into and what you will be getting out of your new franchise.  Being an informed consumer is always the best approach when it comes to entering into a business agreement.

Franchisor: The parent company that allows individuals to start and run a business using its trademarks, products and processes, usually for a fee.

Franchise fee: The initial fee paid to a franchisor to become a franchisee, outlined in Item 5 of the Franchise Disclosure Document (FDD). For some franchises, this is a flat, one-size-fits-all fee; for others, it varies based on territory size, experience or other factors. Many franchisors offer franchise fee discounts for veterans, minorities or existing franchisees.

Franchise Disclosure Document: All franchisors are required by the U.S. Federal Trade Commission to provide this legal document to prospective franchisees. FDDs are updated annually and consist of 23 sections, called items, which explain the company history, the fees and costs, contractual obligations, unit data and more. Don’t make a move without reviewing it.

Startup cost/initial investment: The total amount required to open the franchise, outlined in Item 7 of the FDD. This includes the franchise fee, along with other startup expenses such as real estate, equipment, supplies, business licenses and working capital.

Franchise agreement: The written contract, included in the FDD, which outlines the responsibilities of both the franchisor and the franchisee.

Term of agreement: This spells out the length of time that your franchise agreement is valid–usually anywhere from five to 20 years. At the end of your term, if you are a franchisee in good standing, most franchisors will allow you to renew your agreement for a percentage of the then-current franchise fee.

Company-owned units: These are locations that are owned and run by the parent company (the franchisor), rather than by franchisees.

Registration states: Fifteen states require franchisors to register their FDDs with a state agency before they are legally allowed to sell franchises within that state. Find a list at FTC.gov.

Conversion: Some franchisors offer entrepreneurs the opportunity to convert their existing independent business into a franchise.

In-house financing: Financing offered by the franchisor to franchisees to help with expenses, which can include the initial franchise fee, startup costs, equipment and inventory as well as day-to-day expenses such as payroll.

Third party financing: Financing provided by a source other than the franchisor. Many franchisors have relationships with banks or are registered with the SBA in order to expedite the loan process for their franchisees.

Absentee ownership: An option offered by some franchisors that allows a person to own a franchise without being actively involved in its day-to-day operations.

Area developer: An area developer agrees to open a certain number of franchise units in a large territory within a specified time period. They may open and operate the units themselves or recruit other franchisees to open them.